Born in NW Indiana, the second of seven children to Christian Parents

Attended Christian Schools and Graduated from LeTourneau University in 1976

Received a M.Ed in Education in 1977 and began teaching in a Christian School

Transitioned from teaching to Pastoral ministry in 1986 while attending Talbot School of Theology, LaMirada CA.

Ordained by the Christian & Missionary Alliance in 1997

Susan and Mark are blessed with 2 daughters & 4 sons; 2 son-in-laws; 3 daughter-in-laws and 17 grandchildren.

Pastor Mark says:  We are excited to apply our experience and efforts for the growth of the Church and the expansion of His kingdom until He returns. God has been very good to us and we are blessed and grateful for his care and abundant life. Join us at Living Hope where Christ is proclaimed and Hope is alive!

John and Tony help shepherd the flock along with the pastor by teaching, preaching, leading small group studies, and conducting outreach. 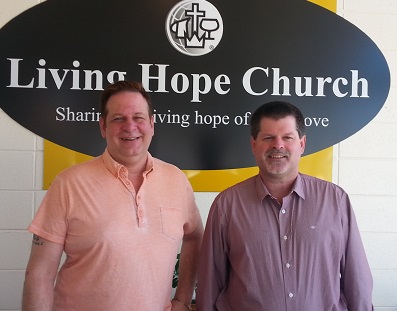 Dave, Joseph and Linda serve the body by assisting with the needs of the family here at Living Hope Church.